Engagement Ring: How Much Should You Spend? 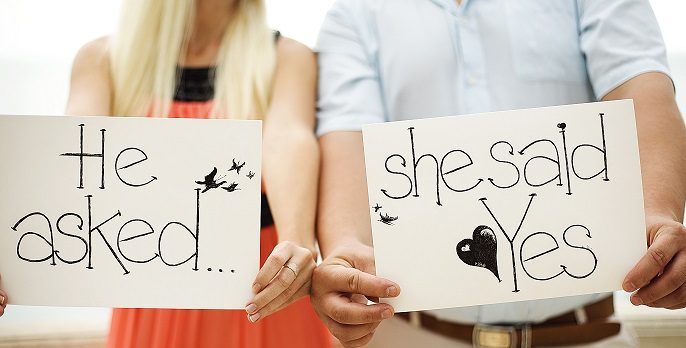 Most consumers don’t know a lot about diamonds, until they decide to get engaged and buy a diamond engagement ring. Then, all the diamond information, such as the 4Cs, the diamond’s value, and how much to spend, becomes very important. At this point, the buyer begins intensive online research to find out everything they can about diamonds, so they can be sure to buy the most beautiful diamond they can afford. However, the one thing that always seems to elude potential buyers is the engagement ring price. How much is too much? How much is not enough? How do you figure out how much to spend on an engagement ring?

How to Buy an Engagement Ring: The ‘Rules’

There have been numerous articles written and opinions voiced on how much the average buyer should spend on an engagement ring. There is the famous “three months’ salary” rule, created by DeBeers. As of last month, that amount came to a whopping $10,950. Another rule says one month’s salary is enough if the buyer is strapped for cash. But that still means a current price tag of $3,650, which, for many, is just not affordable nor realistic. Not to mention the “split it down the middle” rule, which brings the total to $7,300 for two months of a consumer’s hard earned salary.

Many other silly rules exist over how much a consumer should spend on an engagement ring, such as the ‘car’ rule, the ‘age’ rule, the ‘hotness’ rule, and other ways that marketers, retailers and consumers use to try and make sense of a contentious subject that no one seems to agree on.

How Much to Spend on a Diamond? The Truth

According to American Express Spending and Saving Tracker, a survey of over 2,000 consumers revealed that the average amount people thought they should be spending on a diamond engagement ring was $2,093. Contrarily, a 2013 report by Jewelers of America showed that in 2012, the average consumer spent around $4,000 on a ring. Interestingly, the average consumer actually spends more on an engagement ring than they think they should be spending.

Today, millennials simply can’t afford to follow traditional “engagement ring spend” rules. For buyers racked by steep student loans and low entry level salaries, a purchase using an entire month’s salary or more is just not possible. For millennials, who may need more convincing to buy a diamond than previous generations, such a show of extravagance makes no sense.  What’s more, the advancement of lab created diamonds in the market, somewhat cheaper than the price of natural gems, may well affect the amount that younger consumers are willing to spend on an engagement ring.

There are many websites dedicated to helping people figure out how much to invest in an engagement ring. Diamond ring calculator sites, such as this one, ask the buyer questions about their relationship and financial situation to help determine their spending budget. If consumers need to understand the diamond better, to make sure they are choosing the best diamond for their financial investment, there are tools available to help.

So, what is the sweet spot for the price of an engagement ring? What is the dollar figure that the average consumer should expect to invest? Obviously, there is no one rule. Yet most agree that the amount to spend on an engagement ring is a personal decision. It’s a decision based on a number of factors – interpersonal, financial, even family custom plays a part. Oh, and the one month salary thing? Based on the figures shown by research, many consumers still believe that to be pretty acceptable too.